Disabled people ‘could be forgotten’ amid social care reform

Adults with disabilities in England are being deprived of basic care and support and are at risk of being forgotten in the wider reform of the social care system, campaigners say.

Much of the focus on care has been centred around the crisis facing the elderly.

But a coalition of charities has warned people with disabilities under the age of 65 are being neglected too.

They said the squeeze on council care meant many were already missing out.

And the groups, including Mencap, Scope, the National Autistic Society, Leonard Cheshire Disability and Sense, warned the situation could deteriorate under the forthcoming reform of the system.

Ministers are soon expected to announce a cap will be placed on the costs people face for care.

But this will largely benefit older people who have built up substantial assets through savings, pensions and property.

Younger adults with disabilities are less likely to have such assets, and as a result get care free through the means-tested system.

About 500,000 working age adults get social care support – a third of the total number getting help.

Times are tough for everyone but being able to eat, wash and leave your home is not a luxury”

But the figure has been falling in recent years as councils have started to ration care so that only those with the most severe needs get help.

Research carried out for the charities indicated there were now 90,000 fewer people receiving help than in 2008 – at a time when there are more people living with disabilities.

The study also warned if the reform of the system was pushed through it could lead to more being excluded.

This is because the government’s desire to have national eligibility criteria could result in those areas that have yet to ration care imposing tighter restrictions.

Meanwhile, the research also raised concerns about the quality of services being provided.

A survey of 600 people receiving social care found nearly 40% were failing to get enough help to ensure their basic needs, including eating properly, washing and dressing, were met.

Overall, the report estimated there was a £1.2bn funding gap for younger disabled adults. 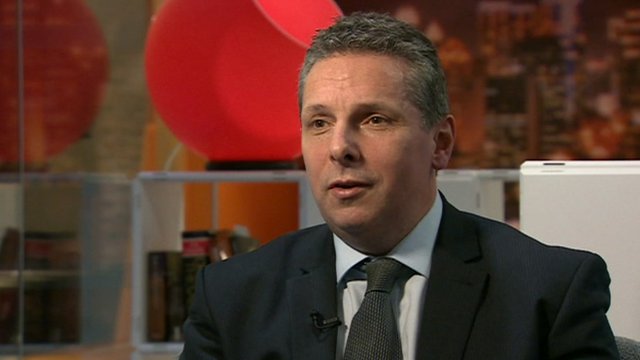 Scope chief executive Richard Hawkes: “The government has got a fantastic opportunity at the moment to get this right”

Scope chief executive Richard Hawkes said: “This is shocking evidence of a system that has failed disabled people, effectively condemning them to a life without basic dignity and invisible to society.

“Times are tough for everyone but being able to eat, wash and leave your home is not a luxury.”

Mark Goldring, of Mencap, added: “It is unforgivable. The government cannot ignore this damning evidence.”

Care Minister Norman Lamb said he recognised there was “pressures” on the system and the government was trying to target resources at social care.

But he said even in the present conditions there were examples of local authorities “redesigning services to find more efficient ways of working”.